skip to main | skip to sidebar

A Tale of Utter Disdain 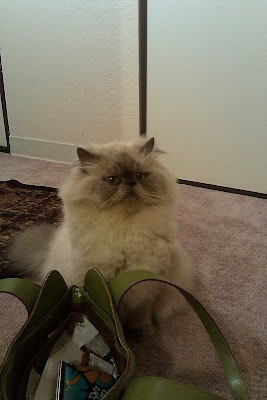 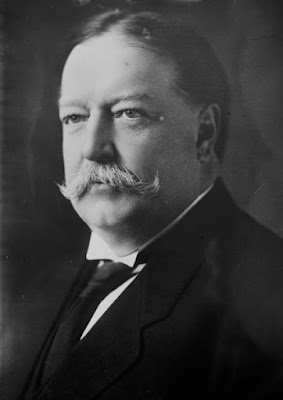 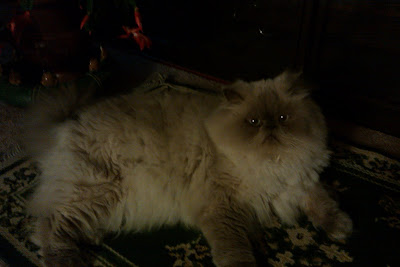 Cease your blabbering. Do not dare patronize me. I do not desire your scratchies. I'm attempting to find and thenceforth lick my own asshole. Leave me. 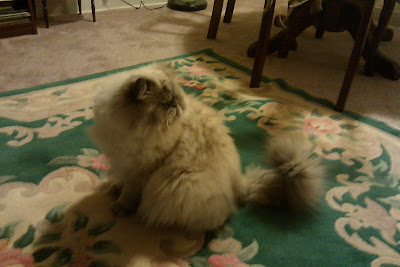 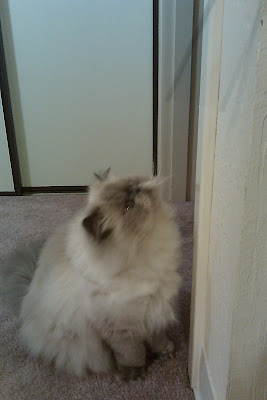 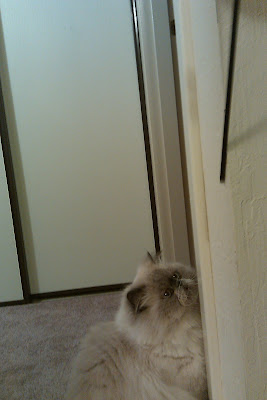 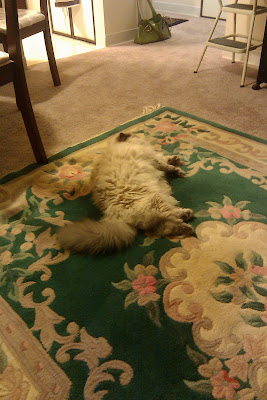 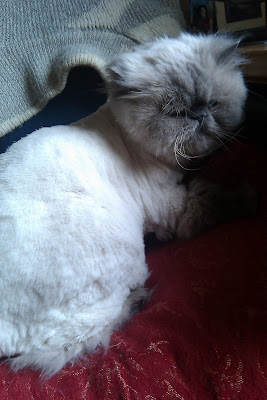 I did not think I had within me greater hate. I thought my abhorrence of your presence was total and complete. But I have found within my soul a hidden cavern brimming with a new venom. 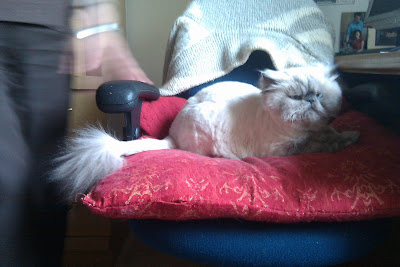 I hate you so much right now. 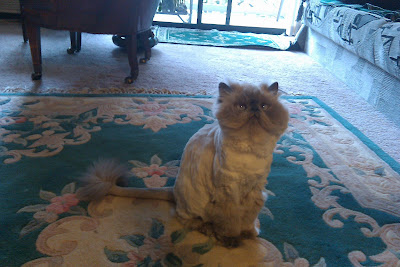 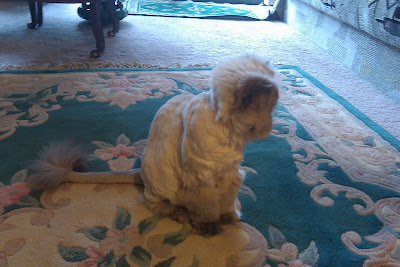 Satan. Master. Avenge me. AVENGE ME. 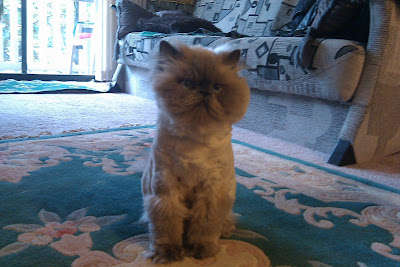 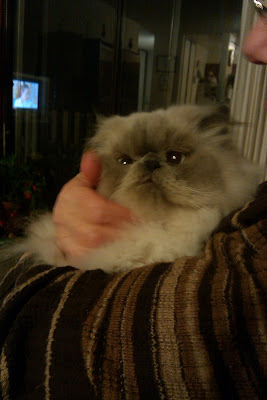 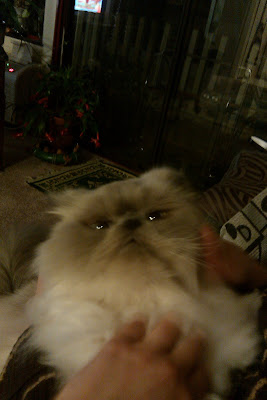 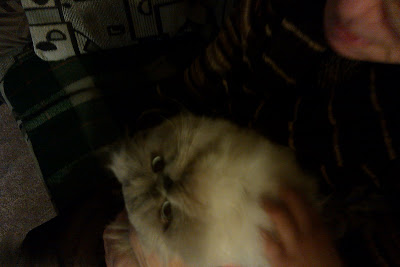 The story NPR would never read on the radio

So I was listening to the NPR one day, as is my wont. Fantasizing about Kai Ryssdal, most likely. And then! What was this? They were having a short story contest! The story must be very short - it would take only a minute to read aloud - and begin with the phrase "They said the house was haunted." It should end, naturally, with "and things were never the same again."

I began to write feverishly, terrible idea after terrible idea blossoming on the page. Yes, it would be about a Japanese tentacle monster. But it would be a retired tentacle monster! There would be no schoolgirl molestation in this story, no sir. "I should check the rules," I thought. "To make sure there's nothing to disqualify me from this contest other than my own inclination to write things that can never be broadcast in public." I googled. I googled again. This contest was nowhere on the internets. Not NPR, not PRI, not KQED, not KQED's elderly disfigured cousin, KALW. Alas, the contest appeared to have disappeared. And yet, my story remained, dripping slightly. And so I present to you:

The Story NPR Would Never Read on the Radio Even If I Could Find Their Contest, Which I Cannot

They said the house was haunted. And it was. But it was also leased. It’s not like he was staying there illegally. Being on the right side of the law was very important to the tentacle monster. Rather, the retired tentacle monster. To clarify, he hadn’t retired his tentacles–there’s no way to rid yourself of your own ungainly, seeping limbs without taking yet more ungainly, seeping measures–but he was certainly finished lurking in deep-sea caves, crushing the hulls of schooners, and doing whatever he did at his last job, of which he rarely spoke.

“I was summering in Japan,” he’d say. He’d cough.
“Japan.”
“Look, I thought we were making an art film. We all had tea after. The girls were very friendly. I still get Christmas cards.”
I picked at a scab on my wrist, avoiding several of his eyes.
“I didn’t plan on becoming the symbol for everything that’s weird about Japan,” he mumbled, curling a long semi-transparent tentacle around a die and tossing it in a perfect spinning arc. “Yahtzee.”

He never had visitors. I found him only after hearing a strange scratching emanating from the basement apartment. It came at odd hours, an unearthly echo. One night when the lights flickered out from a heavy rainstorm and the scratching filled my ears, I grabbed a dim flashlight and slowly walked down the steps. The door to the basement slid open, creaking, spilling out the dark within. I turned on my flashlight and there he was, a pile of overcooked pasta. The monster turned. “I was making an etching,” he said, showing me an exposed copper pipe. “It’s a schooner.” And nothing was ever the same again.
Posted by Dina at 7:10 PM 1 comment:

Moment when I realized that this was going to be amazing: They smiled at the good and frowned at the bad, but being children their concept of good and evil was not fully formed, and it would shock a grown person how much gray area existed along their moral compass. In truth, children are next door to sociopaths.

Discovered via Chateau Thrombeau, which is itself quite delightful.

"So have you met Mr. Right on here? Or just me hahaha"

Why would you inject your awkward nervous laugh into a WRITTEN CONVERSATION. Mother of god. These people.
Posted by Dina at 12:14 AM 1 comment:

Top 5 Parting Gifts Given Me by the Elderly

A visual representation of numbers 5 and 4 and the joy they brought to my life: 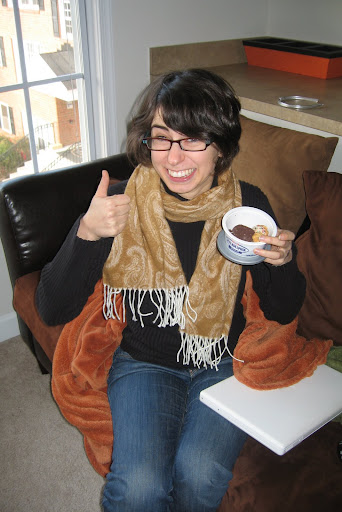 Unfamiliar? A joy shower consists of the following steps:

1. Get on boat.
2. Feel alive.
3. In addition, feel sticky.
4. Dive into the warm embrace of the sea.
5. Climb back on boat.
6. Lather entire body down with dish soap. Joy is the preferred brand, but any handy solvent will do.
7. Fall back into ocean to remove soap. Scrub thoroughly. Aquaint self with passing sea-life.
8. Back on the boat.
9. Grab handy water nozzle and quickly rinse off salt water.
10. Don't forget the crotch.
11. Lick arm to test for saltiness. Taste nothing but the sweet flavor of LIFE.

You may not actually be clean, no, but BY GOD you feel it.
Posted by Dina at 12:57 PM No comments:

Thank you for your message, but due to the volume of applicants, I am unable to write you a deeply personal letter in response to your own. For your convenience in future dating endeavors, I have checked off the reasons why we will most likely not be getting a drink in the near future:

___ You have made vaguely creepy comments about my body. I know. I'm tricksy. I include a picture with the boobs, but am then creeped out by your vocal appreciation of them. Oh, fickle woman!

___ Your sincerity and honest emotion, while sweet, are not really my thing. Honesty has no place in online dating.

___ I have an old-fashioned attitude toward body modification and your hair/tattoos/facial piercings/weird whatever cause me to judge you harshly. Oh, cruel societal norms!

___ You said that you're passionate or that you work hard and play hard or could go out on the town but are also happy to stay in to watch a movie or some other painful dating cliche I can't abide.

___ You're a pescaterian/vegan/locovore/
whatever the kids are doing these days to prevent themselves from eating bacon.

___ You appear to be super political. While I'm not opposed to politics, you know, existing, people who consider themselves "political" tend to spit when they talk and make me tired.

___ You seem cool, but we're in a business of snap decisions here and, sadly, I'm just not thinking it's going to work. Sorry, dude.

Please keep in mind that this online dating thing is a cruel game of roulette based on random whims and miscommunication. You really do seem quite pleasant and I appreciate the fact that you made the effort to message me, but as the great Pat Benetar once sang as she aggressively danced with a troupe of quasi-hookers toward their quasi-pimp in order to break free of their gender roles and return to their suburban families who missed them and will never know they were maybe-hookers: love is a battlefield.

Stephin Merritt: small, roundish individual. Writes and sings primarily for The Magnetic Fields. Employs ukulele and deep, rumbly voice. Crotchety. Covers ears when forced to endure applause. Gay, but only in the sense that he has sex with men. Pauses for long periods of time while speaking, thus confusing and alienating interviewers. Hates touring and beach vacations.

If you have neither seen nor heard Stephin Merritt, I would recommend watching the following video (particularly the first two minutes), during which he cruelly finds himself on a chipper morning talk show. I imagine a similar interaction would occur were Proust trapped in a glass box with Kathy Lee.

Now, I am not one to applaud a tortured artist for his depression. I don't find people more enchanting when they stop taking serotonin re-uptake inhibitors and start stabbing at their thighs with butter knives. However, Stephin Merritt isn't tortured. He is simply grumpy and filled with disdain. He reminds me fondly of curmudgeony old men, silently glaring at children.

I adore him because he so clearly doesn't fit with any reasonable stereotypes, because he creates intelligent lyrics with delightful melodies, and because though I desperately want to meet him, I imagine he would immediately find our conversation dull and wander off into a dark corner to write love songs about flesh-eating bacteria.

A few of my favorite Magnetic Fields songs:

My assertion is this: snuggies are not novelty items. They're not simply electric-blue sheets of poor quality polyester, slowly lifting the hairs on your arms with static and shame. The snuggie does not deserve your mockery, should not be characterized as simply the blanket for people who find blankets too complicated. 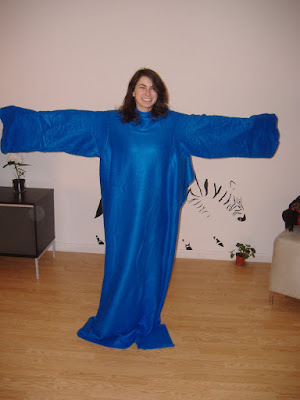 I am sheathed in glory. Note my legs - unencumbered. My arms - elegantly draped. Am I frail? Girthy? Pretending to be Jesus? Impossible to tell. Imagine what a snuggie-based school uniform would do for the various body issues of teen girls with the vomiting and the myspace and the whatnots. Imagine how it could bridge the divide between nations - when arms are no longer cold, perhaps hearts could follow. Imagine a world of floating blue lint.

I will give you the positives:
1. Has the ease and "one size fits all" mentality of a muumuu, yet encourages you to lead an active lifestyle of playing backgammon on the floor.

2. It's a blanket with sleeves. Sleeeeeeeves!
3. If you're cold in the feet, you can shove whatever extremities you'd like into the sleeves and still have the capacity to read magazines while clutching at bewildered and illiterate children. 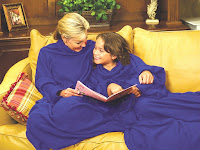 The negatives:
1. It's true. Your ass is fully exposed. However, I feel this is a small sacrifice in my brave new world where man and couch are one.
2. The lint and the static, they are plentiful. They also strike most cruelly against that which the snuggie should love as a brother: microfiber.

Dina
I am full of judgments. Judgments and lunch. I work in marketing, which means I am well equipped to tell you what you should like.

People I Wish I Knew